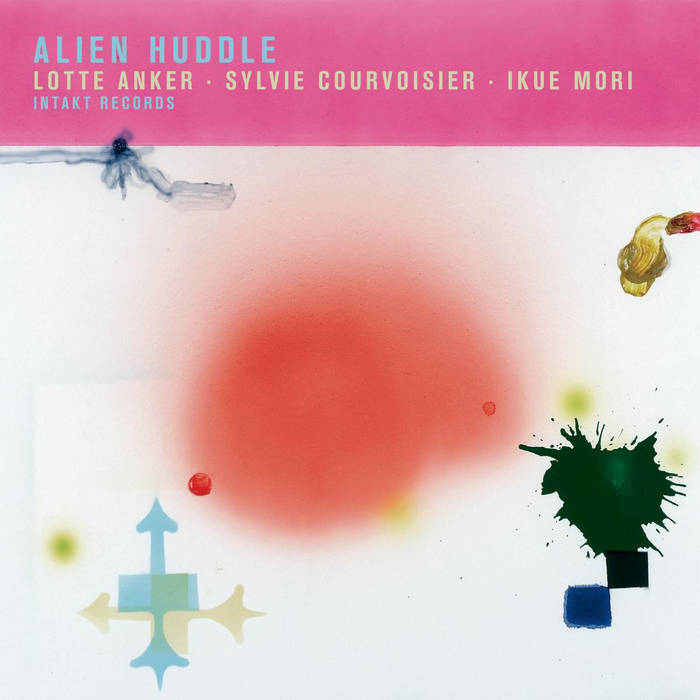 Florian Janyszek When Sylvie Courvoisier and Ikue Mori collaborate the results are always great. When Lotte Anker joins it's even better.

Of the three, Anker has the deepest background in jazz; after studies at Copenhagen University Rhytmic Conservatory, where she came in contact with composers and saxophonists as diverse as Bob Brookmeyer and David Murray, she came up in the Scandinavian jazz scene during the late 1980s, initially playing in ensembles led by Marilyn Mazur, Pierre Dørge and others. She soon assumed leadership roles in several ensembles, a trio with Craig Taborn and Gerald Cleaver, and the 12-piece Copenhagen Art Ensemble. The later is particularly pertinent, as the CAE’s collaborations with Tim Berne provide insight into Berne’s influence on Anker.

Steeped in post-serial composition and non-idiomatic improvisation, Courvoisier’s music has a more glancing relationship to the jazz tradition. Although she is cogent in open loose settings like Herb Robertson’s NY Downtown Allstars, her own projects such as Abaton and Lonelyville emphasize a compositional formalism and improvisational rigor as commonly associated with the frontiers of classical music as it is with the jazz circuit. This is even the case when the terms of improvising are as wide-open as with Mephista, Courvoisier’s collaboration with Mori and Susie Ibarra.

Mori first made her mark during the late 1970s as the drummer of the No Wave band, DNA,whose embrace of noise has a living legacy in groups such as Sonic Youth. During the late 80s, a period in which Mori was establishing what have become enduring relationships with Downtown musicans like Zorn, Mori transformed the drum machine, then an annoying novelty in pop music, into a viable instrument for new music. During the past decade, Mori’s main ax has been the laptop.

Throughout the album, these three trajectories alternately collide and commingle. A groan fromdeep within the bell of jazz tenor saxophone archetypes scrapes against laptop textures; the shimmers of directly excited piano strings hover about kindred digital specters; a double-tongued soprano phrase flutters in the grand decay of the piano. It is a mercurial dialogue in which voices rise and recede unexpectedly, fragments suddenly elongate into flowing verse and rapid-fire repartee abruptly atomizes. It is propelled by inscrutable impulses; unlike some long-observed forms of improvised music, where quiet murmurings groundswell as if on cue, and then ebb on schedule, these improvisations take shape in unexpected ways. The trio’s tactical stealth in this regard is often startling, even when the resulting music has subtle shadings.